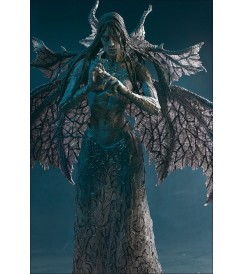 This dark and twisted creature won't exactly leave a quarter under your pillow. The title character from the upcoming Revolution Studios film, initially titled the Tooth Fairy, now titled Darkness Falls and scheduled for a 2003 release. This figure is based on the character's original appearance.